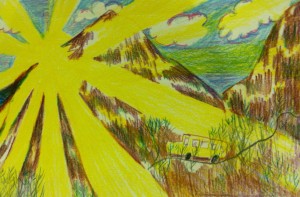 As school starts this fall I cant stop thinking about all the school buses in Montana going back on the roads over the next few weeks. At the last district I taught in over ten buses lined up outside the school daily. According to biodiesel.org1 440,000 buses transport more than 24 million children to and from schools and school related activities each school day. Students, teachers and aides along with the bus drivers breathe in some of the most toxic smelling fumes I know walking to their bus each afternoon. Living in a rural area surrounded by vast farmland I cannot understand why biodiesel isn’t being used? It seems like it should be required.

According to both the EPA 2 and US Dept of Energy‘s3 websites the benefits of burning biofuel are great. It would reduce our reliance on foreign oil increasing stability, is easily converted with no vehicle maintenance required – often a consumer can pump it directly in their tank and then use regular diesel on their next fill up, while extending the life of the engine, its safer then petroleum, and can reduce carbon emissions into the atmosphere we breathe by 75%.

Biodiesel can be made using sunflower oil, or even recycled grease from cooking oil, reducing waste in our landfills. It improves water quality both from a lack of spills in lakes, rivers and streams, as well as reducing the amount of grease that gets into public sewer pipes. According to the EPA site, over 130 tankers full of waste grease is produced every hour in the U.S. The Clark County School District in Nevada is using biodiesel in its 1300 buses transporting over 246,000 students in 266 schools hosting the largest biodiesel fleet in the U.S.

The first compression ignition engine that Rudolph Diesel displayed at the 1900 World’s Fair ran on peanut oil and he designed it with a variety of fuels in mind. In a 1912 speech Diesel said, “The use of vegetable oils for engine fuels may seem insignificant today, but such oils may become, in the course of time, as important as petroleum and the coal tar products of the present time.”4

Last week, I witnessed a 543-ton “megaload” headed to a refinery in Great Falls in order to process oil from Canada’s tar sands.5 To me one of the amazing things to take into consideration was all the fuel being burned by the vehicles surrounding this giant load. Not only were there pickup surrounding it in front, on the sides, and behind with “oversized load signs” but police officers blocked the roads all through town. Although they were extremely efficient, it seemed like there must be over a dozen support vehicles helping this piece of equipment get to its location. I have to wonder if the fuel used for these extra vehicles is counted on the environmental impact statement? 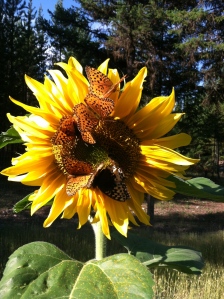 I can’t help but imagine fields of sunflowers stretching across our nation from the Rocky Mountain Front to the Atlantic Ocean that would eventually be used to fuel our transportation needs instead of oil pipelines that could seep into our earths delicate ecosystems. Of course, I am sure that hemp would make a sustainable option as well. Since hemp grows like a weed without the use of chemical fertilizers, it offers another viable solution. President Obama signed the 2013 Farm Bill on February 7, 2014  which “defines industrial hemp as distinct and authorizes institutions of higher education or State departments of agriculture in states where hemp is legal to grow hemp for research or agricultural pilot programs.”

There are multiple solutions to our energy transportation needs. As someone who travels miles and miles across Montana’s vast highways I would love alternatives for my tank that would reduce the harm to the planet. Biodiesel, is an easy, feasible option for Montana of which 66% of our 93.1 million acres is agricultural farmland. 9

One thought on “Biodiesel On School Buses. It’s Time.” 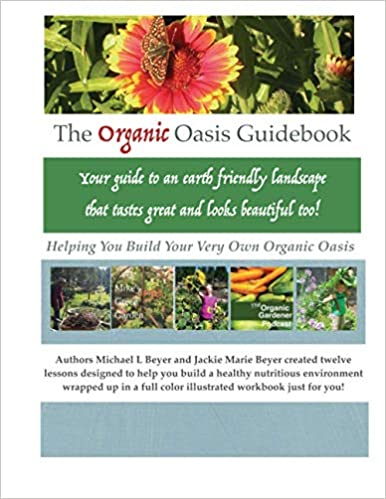 Our book on creating your own organic oasis written by my husband Mike and I.